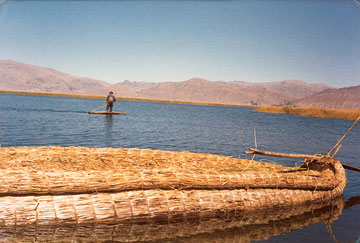 From the moment I crossed the bridge spanning the border between southern Bolivia and northern Argentina, a new reality awaited me. Dusty and dishevelled after travelling, like most Bolivians, in cattle trucks for four unforgettable weeks, I stopped at the first restaurant after Immigration. It had clean, plastic tabletops, and the barman, who was the first white man I had seen in a fortnight, was surly and unfriendly. I cleaned myself up as much as possible in the toilet and had a coffee. Then, after discovering the train south had just left and there was no bus for hours, I decided to walk to the military checkpoint on the outskirts of town and try to hitch a lift.

Five minutes later, I heard a shout. Looking round, I saw a khaki-clad soldier lounging against a parked car, beckoning me to accompany him. Despite being quite an experienced traveller, I was still rather naïve about events in Argentina. I had good reason to be. I knew, naturally, that it, like most of South America at the time, was ruled by a brutal, right-wing military regime. However, soldiers at the ubiquitous roadblocks in the rest of the continent, where I had been travelling for months, had given me no trouble. Even Chile, of all places, had been problem free, although that was because, three years after the overthrow of the democratically elected president, Salvador Allende, by General Pinochet, most of the opposition was either dead, in prison or in exile.

I traipsed after the soldier down a side street to a building where a striped blue-and white Argentine flag flapped in the stiff breeze and another soldier stood idly by the door, polishing his rifle. Inside, a photograph of a mousey-looking man in a uniform, with a prim face and thin moustache, hung on the wall. It was General Videla, the leader of the ruling three-man Junta, which was rumoured to be responsible for paramilitary death squads, torture and the disappearance of countless civilians.

‘Take your hat off and show respect!’ barked one of the soldiers in Spanish.

The next day I accidentally met Jorge Luis Borges.

I was having breakfast in a café near the railway station, where I’d just bought a ticket for the midnight train south, when the headline of the local newspaper on the next table caught my eye. ‘borges en jujuy!’ it screamed. I shot bolt upright. At that time, he wasn’t well known outside of Argentina, but he was a cult figure in European literary circles where many considered him to be one of the world’s greatest living writers. An improbably wellread intellectual and scholar, he was also my favourite author and I’d devoured every word of his exquisite essays and short stories with their recurring themes of fate, infinity, and the circular, dreamlike nature of history. . .