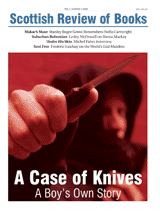 Pre-globalisation and before the era of cheap flights, Patrick Richardson was travelling the hard way across some of the world’s toughest — and most beautiful — terrain. Reports From Beyond is a record of forty years of travelling, and takes in practically everywhere except the north and south poles. Richardson is certainly fearless. Any number of the experience he recounts — be it the Colombian police chief who plants drugs on him, or Lake Baikal, where he falls through the ice while travelling in Russia — would be enough to put most people off travelling for life. But Richardson is a man who is attracted to exploring his physical limits. He must be one of the few people for whom the phrase ‘heavily armed rebel tribesmen’ is actually an incentive to travel onwards, not back. His stories may not make you want to grab your backpack and passport, but his writing is entertaining. He was a knack of getting into situations. In Argentina, for example, he runs into Borges who is by turns charming and a mouthpiece for the ruling junta. By the book’s close, though, you do wonder whether Richardson’s need to travel through danger zones is mere curiosity or whether at its roots isn’t something more neurotic.