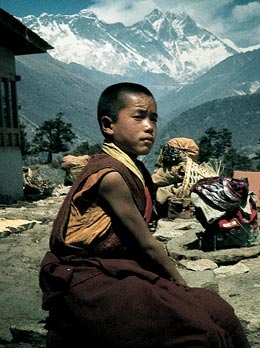 Young novice outside Tengpoche Monastery with
Mount Everest in the background, NepalSporting an unhealthy lust for danger, a nomadic desire to travel and a high threshold for discomfort, Patrick Richardson has spent 40 years exploring some of the world’s most remote places and writing about them in what has now become Reports From Beyond; A Journey through Life to remote Places. Consisting of 52 travel reports for several broadsheets such as the Herald, the Scotsman, and The Telegraph, Richardson has travelled extensively through rural Africa, South America, Europe, Asia and the Pacific on a tiny budget, roaming his way through political upheaval, lawless regimes and poverty stricken countries.

I’m sitting in Café Florentine, a classy Italian delicatessen in Stockbridge, on my fourth coffee of the day, feeling slightly uncomfortable on a hardback wooden chair at one of those circular tables that shake and clatter every time you move a limb.

Richardson arrives promptly, eyes searching the room for the most likely looking interviewer, sees me, checks the room again and, once satisfied, walks over to the window at the table next to mine and says; ‘Let’s sit at the window — I like light.’

The dishes on my table clatter as I awkwardly move to his table.

Richardson is softly spoken and has a well-educated manner that doesn’t bear as much resemblance to the young explorer as I’d hoped. But he is older than his younger self and has one of those childlike looks of kind curiosity.

‘I first started travelling in 1965,’ he begins, ‘when I went by boat from Venice to Israel, where I volunteered to work on a kibbutz. Travelling through the Mediterranean gave me a wonderful feeling. Then, two years later, during the university vacation, I went on an overland trip to India. Going to India at that time was a completely formative experience for me, as well as for a lot of other people, and it was the first time I really noticed that wherever I was I wanted to go further. 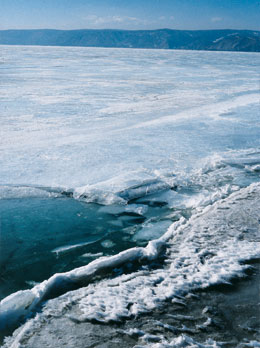 Where I fell through the ice, Lake Baikal, Siberia‘Then I began travelling so much that it began to take over my life. In 1968 I went to the States and Guatemala and, after that, Sweden, Finland, Denmark and North Africa, until travelling just took on a momentum of its own.’

Richardson’s adventures are marred with accidents and disasters — from narrowly surviving being drowned, after falling through the ice in Lake Baikal in Siberia, to being robbed by policemen in Colombia, or travelling down the Congo River on an overcrowded cattle barge with no food for five days.

‘One of the things I’ve loved doing in my life, which is extremely risky, is looking into the mouths of volcanoes, for example on Stromboli in Italy, on Vanuatu, and in the Congo. When I was there, I discovered they all had these volcanoes that exploded at regular intervals. So, once I got to the top of them, I waited until the lava stopped shooting up and, as soon as it did, I’d rush to the edge of the volcano, look down into it and rush back before the lava started shooting up again. They were totally awe-inspiring experiences — like looking into the mouth of a gulping, sucking, living creature.’

Half-sunken boat in the Congo River, Zaïre Richardson’s 40 years of traversing the globe has witnessed many political changes globally, and he’s seen many corrupt regimes, for example in Colombia and Zaire, as well as famine and poverty in Vanuatu and Mali. I ask him if, with all the humanitarian efforts and international aid there has been in the world, he has noticed any positive changes or improvements.

‘It’s certainly true that some living standards are rising,’ explains Richardson, ‘but the political situation’s like a bubble. Where a dictator disappears in one place he just pops up in another. The world’s an extraordinarily unstable place. It’s still full of military regimes, so I can’t say I’ve seen much improvement. As far as distribution of the world’s resources goes, the world’s as unequal as it was 30, 40 years ago. In some places it’s actually deteriorating — for example in the Congo. On the other hand, you can’t really generalize . . . take China, which has improved beyond all recognition.’

A child of the 60s, Richardson reflects on his own personal changes. He’s attracted by the philosophy of Buddhism, whichhe describes simply as 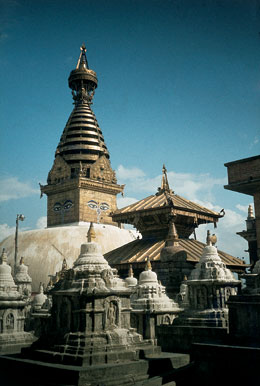 ‘I don’t really trust ‘isms’ any more,’ he says. ‘I don’t trust Marxism, or Socialism, or Capitalism or Communism . . . The one ‘ism’ I am attracted to is Buddhism. But the world’s too diverse a place to be able to find universal solutions to particular circumstances.

‘I’ve seen a lot of countries where the political systems tried have been simply disastrous, for example Tanzania, where they tried to introduce socialism, or communism under Mao, or India before they opened up their economy, or Cuba . . . The latter, unfortunately, is a particularly good illustration of just how disastrous communism has been,’ says Richardson.

Inspired by the minimalist writing style of ‘dirty realism’, Richardson’s writing uses the historical and cultural context of places, peoples and things to give meaning to his writing. His minimalist approach strips away personal introspection and relies on describing fundamental human characteristics rather than self-absorbed musings.

‘I want to paint picture with words, I like to try and describe the sights, the sounds and the smells of a place . . . but I also want to tell stories, adventure stories,’ explains Richardson.

‘When I was much younger I was quite introspective and, like a lot of people, I was searching for myself. Travelling gave me a goal in itself. I found it much more important to talk about other people than about myself. Other travel writers like Bill Bryson and Paul Theroux can do that, but I’m more interested in other places and other people than myself.’